In this final part of the series, we’re digging into the software I use to glue this mess together. And yes, in case you’re wondering, I do buy my software.

First and foremost, let’s talk DAWs. I actually use two and I’ll explain that shortly, but my primary DAW is Cakewalk Sonar Professional. 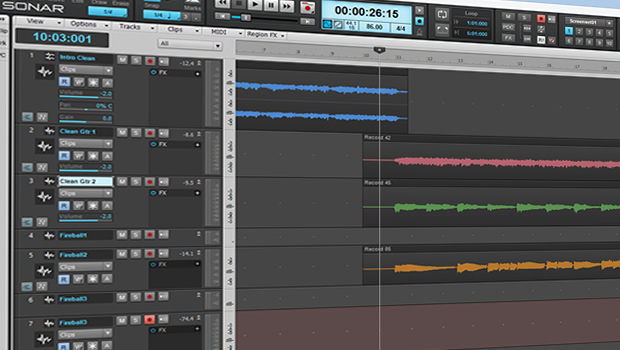 Much like other music suites, Sonar is (in my opinion) everything you need in a DAW and more. It’s reasonably affordable and effortlessly handles unlimited tracks, automation, amazing built-in plugins, MIDI instruments, and all of the other critical DAW features. It also offers all of the more advanced features like sidechaining, elastic audio, Rewiring, etc. Unfortunately, Sonar is a Windows-only DAW. If you use Windows and aren’t already a Pro-Tools junky, this is your next best option in my humble opinion.

My workflow typically consists of me creating a new session/project in Sonar, setting the tempo, mapping a few tracks for audio recording, and laying down some scratch tracks to work off of. It’s dead simple and doesn’t detract from the creative aspect of recording at all. I’ve already got my mainstay tones dialed in to my Line 6 unit, so I seldom need to spend much or any time tweaking my sound sources. Microphones are even easier to record (as long as my daughter isn’t stomping or rolling around on the floor upstairs), so I can honestly say that I’m ready to hit record on guitar/bass/vocals in a moment’s notice.

As simple as that was, there’s still a lot left to cover. What about drums? What about electronics?

Let’s cover drums first. I do have some built-in options with Sonar for MIDI drums, but I have to say that after playing with Toontrack Superior Drummer 2.0, I was hooked. SD 2.0 can be added as a “Soft Synth” in Sonar. It works off of the MIDI lane in the recorded track that I record using my Roland TD-11ks V-Drums via USB MIDI.

This software makes drum mixing identical to a real mic’d drum kit, thanks to it’s extreme attention to mic detail. Microphone type, bleed, placement, and blending are all manageable. In other words, not only do you get sound from a snare drum mic when you hit the snare, but also all other “mic” tracks. This fills out the mix and gives the kit a massive acoustic vibe. Of course, this also means that you have to know how to properly mix drums…but that’s not such a bad skill to develop, now is it?

Anyway, its interpretation of the MIDI performance is so realistic it’s a little hard to believe that it’s not “real.” Superior Drummer is another affordable piece of software that is a game changer, and I can’t recommend it enough.

Lastly, let’s look at my synth and miscellaneous sound software – Propellerhead Reason. Sonar has great synths, but I don’t really have any interest after discovering the power of Reason in the mid-2000s. Whether you need a string section, piano, crazy dirty dubstep synth, EDM drum kit, or any other wacky sound, Reason’s got it covered. In fact, Reason is considered to be a standalone DAW, but I’m just interested in how it enhances my Sonar projects. 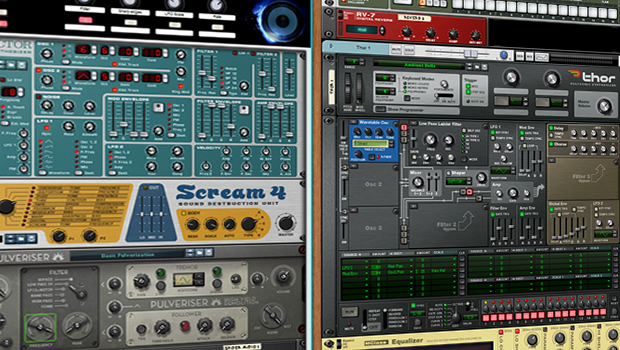 With its ultra-realistic “rack” interface, it’s easy to forget that I’m working with a soft synth. Every parameter is mappable to every feature of my MIDI controllers (M-Audio Oxygen 25 & Korg padKontrol).

Reason is so stable I would be fine running it during a live show, and that’s saying something right there considering that I’ve seen first-hand what happens when laptops choke on stage. 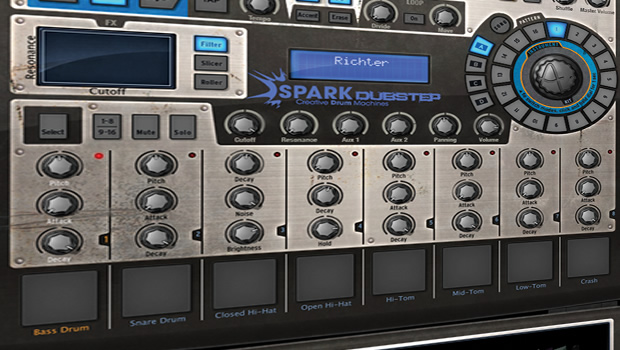 This is a soft synth drum machine that has some amazing thick drum kits. Because it’s modeled after a hardware drum machine, you have to get in the headspace of working with loops more than MIDI lanes. This tends to complicate the creative process, so I don’t use it much. It’s great for live performance though, and when it shines, it really shines.

Alrighty, well that wraps up this 3-part look into my home studio. I definitely have a few areas to improve, but overall I’m extremely pleased with my component choices and workflow. If you’re dipping your toes into the recording pond or are looking into some upgrades, I hope this gave you some insight. 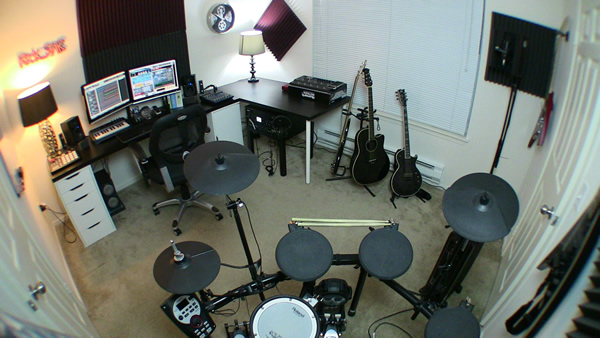 If you dig this article, the site, and/or my music, please consider sharing to help spread the word. This content is absolutely free of charge, but I need your help to get it out to the world!