Jamnatomy is a web series that explores music production and promotion techniques to learn the secrets of building a better music career. How To Learn Songs Faster

The last episode of the first season. This episode dives into some tools and techniques that you can use to slow down and analyze recorded songs while learning them. FUN FACTS: 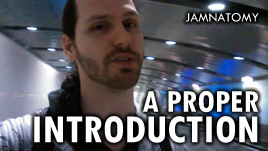 I took a cross-country trip mid-season, but instead of flaking out and missing a week, I dropped an impromptu and very late introduction episode for the show. FUN FACTS: 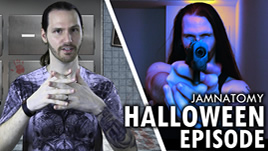 How To Get an Awesome Song Recording Every Time

Ah, the Halloween episode. This is actually the first one I wanted to do, but saved it for October instead. The topic was dealing with and preventing common in-studio issues that drain time and energy. But the real fun here is in the skit. I got my wife and daughter involved in this one, and it was a blast. FUN FACTS: 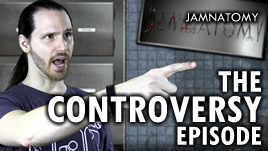 After all the seriousness of the last episode, I needed to lighten the mood a bit. This episode touches on techniques that people use in the studio to “enhance” the recording …or cheat, depending on how you look at it. FUN FACTS: 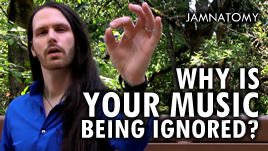 Why is Your Music Being Ignored?

Another episode that I really enjoyed making. I noticed a ripple-effect when I started releasing more content online, so I decided to share my findings in this episode. FUN FACTS:

I absolutely LOVE this episode. I booked time at a pro-level studio and recorded a song clip. I then recorded the same song at home to compare the recording quality. The results may surprise you. FUN FACTS:

How To Produce Music Faster

For years I’ve been dependent on working with groups of musicians to write music. While this is a great way to build your collaboration chops, it can be a soul-suckingly slow process. A few years ago, I made some decisions that have since allowed me to write and record at a break-neck pace. Watch the episode to find out what I did.
FUN FACT: There is a clip in this video that mocks a certain home shopping show. Pause it when it comes up and read. It’s funny. 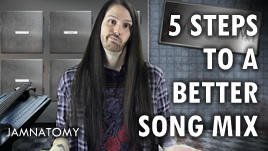 5 Steps To A Better Song Mix

This episode covers some easy-to-implement techniques for creating better song mixes. Enjoy!
FUN FACT: I actually screwed up the episode order in the first video shoot session and needed one more, so I had to come up with this episode & shoot it last minute. Ironically, it turned out to be one of the more well-received episodes! Lesson learned — don’t over-think or over-produce! 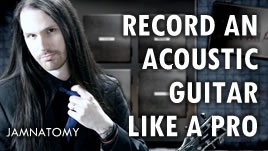 This episode…ugh. The monologue coloring is awful and the pacing is awkward…not to mention the fact that I had literally never been on any type of video set. I was a stuttering mess on-set. But hey, whatever, I made it through and it didn’t turn out too shabby! FUN FACTS: 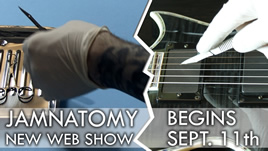 Every show needs a commercial/trailer, right? This was a quick mash-up of clips from the show to give a quick 30 second summary.

I had a blast doing this teaser. I ordered real medical supplies and even watched some surgery video to get the proper vibe. In retrospect, I probably could have used an instrument instead of an iPod as the focus, but I wanted to get across that it was the MUSIC that was getting dissected; not the instruments.

Sadly, Jamnatomy was not out yet, so this clip was lacking one thing — AN AUDIENCE. Almost no one saw it, and because it was time-sensitive, it sits almost completely unviewed to this day. Oh well…I got to get bloody on camera. 🙂